I found this photo in my camera roll the other day and thought that maybe it was time to share the story that goes with it.

Every family has a few colourful characters and some families have more than their fair share, either in terms of quantity or quality.

One of the latter such was my Uncle Harry who, with his new wife, spent a winter on Exploits Islands back in the early 1980s. I think he had romantic ideas about homesteading, which turned out to be more about hard work than romance. In any event, it didn’t work out, he and his now ex-wife left the island in the spring, parted ways and went on with their respective lives in British Columbia.

One of the relics of Harry’s sojourn on the island was a bathtub. At our house on Exploits, there is no running water (just a run-off well) and the hot water comes from a cauldron on the wood stove. Bathing at that time was done with a large basin, was a perfunctory experience and not particularly pleasurable. Full-on hot baths are a real luxury and Harry was determined to avail himself of this. He somehow obtained an old tub and hauled it up on to the front porch of the house. Said porch looked out of the bay like so: 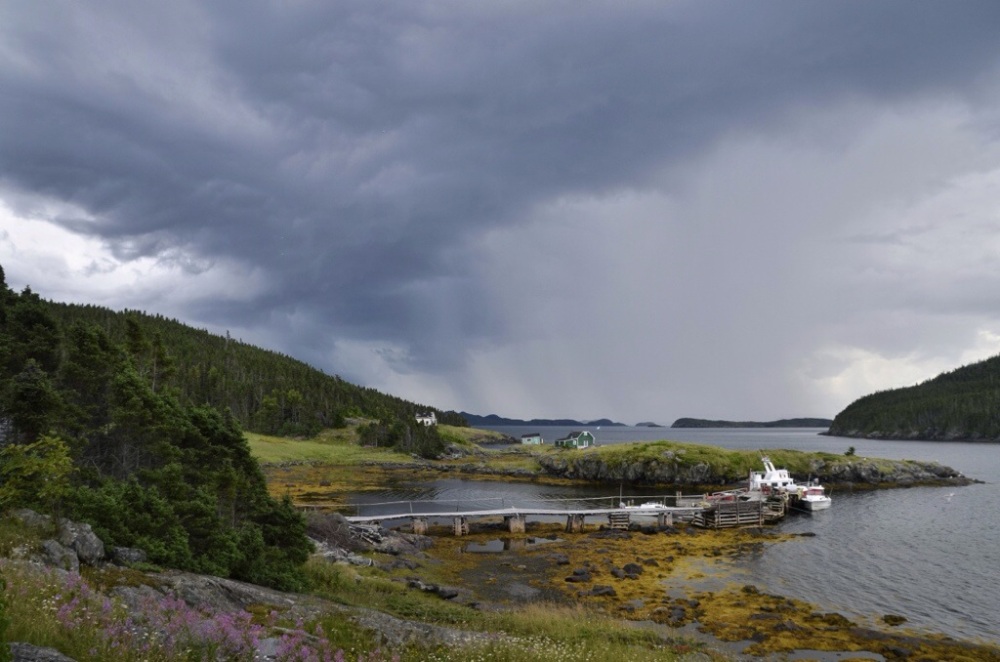 As you can imagine, a lovely vantage point from which to view the world while immersed in a vat of steaming hot water. The catch, as I’m sure you’ve spotted, is that the whole bay can also see YOU, but Harry was not deterred. Or modest.

Of course, hauling the water from the well to the stove, heating it all, and hauling it through the house to the front porch had three major drawbacks. Firstly, it virtually emptied the well. Secondly, it’s heavy, heavy work. And finally, it’s a tedious business that also entails lugging firewood and filling nearly every pot in the house and cramming them onto the stove. In short, generally not worth the doing other than occasionally.

Which is why, when Harry had left, my Grandmother looked at the tub with utter disgust and said words to the effect of, “Will someone PLEASE get rid of that thing?” (Only I’m not sure about the word please and there might have been a “bloody” in there.)

Dad and I rolled it off the deck at one point and then more or less chucked it down over the hill to the beach, where it stayed for a few years until Grandma was seized by another spasm. Grandma’s spasms always seemed to coincide with Dad’s need to get out of the house.

One fine day, we dragged the tub down to the water’s edge and my sister and I were introduced to my father’s skills as an event planner. (For an earlier account of another patriarchal extravaganza, check out this link.)

His idea was that we’d plug the drain of the tub with a plastic bag tied to a rope and load into it the bits of scrap metal that needed sinking. Then we’d float the tub out into deep water, pulling it behind the row boat, and pull the plug at the opportune moment. The whole works would descend gracefully and we’d row leisurely back to shore.

Dad should have gone into marketing. We believed him. We were gung-ho to help out. We hauled metal scrap, filled that tub and brought the boat around. 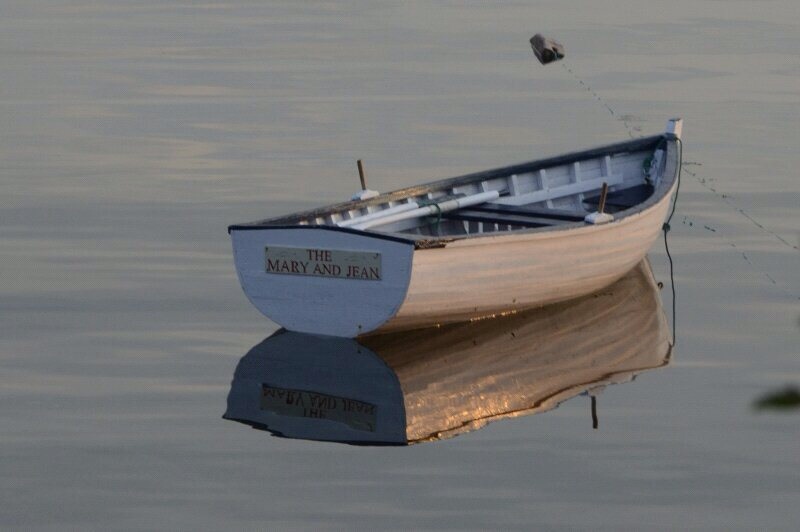 I was in charge of rowing. Tamar was to be the person who pulled the plug and let go of the tub. There was a slight snag, though, in that Tamar was only about ten (I was about twelve) and that tub was heavy and awkward to hang onto while dangling off the end of a boat. Dad procured a rope, tied it to the tub and loop it through the gunnels of the boat.

You see where this is going, don’t you?

I rowed, Dad pushed and we were afloat. “It’s the HMS Bathtub!” Dad declared happily as he sent his two daughters off into the Atlantic in a wooden boat towing a dead weight.

The plan worked brilliantly for the first twenty-five metres or so.

Then there was a bit of a difficulty.

This was a modern tub, with an overflow designed to let water out. It was also heavily-loaded, which dropped it down in the water substantially. It started to accumulate liquid.

By this time we were out in about twelve feet of water.

I hollered this detail to Dad, whose scintillating response of, “ROW FASTER!!” elicited some colourful language from both of the parties in the rowboat. I rowed faster. The tub filled faster. That was round about when I realized that Dad made shit up and that there was maybe a reason that he was on shore and not in the boat.

“NOW UNTIE THE ROPE AND LET GO!!” he yelled.

Uh, yeah. Easier said than done. The bathtub was below the surface and dropping quickly and the rope had pulled taut. Tamar’s fingers couldn’t get it off the boat, but between the two of us, we managed to pull the rope slack and get it untied, thus freeing ourselves of the bathtub anchor. Just in time, too, as the stern of the rowboat was about two inches above the waterline and the stem of her was airborne. The tub sank and tipped and bumped its way to the bottom. Happily, we did not.

To this day, it remains one of the favourite cabin stories of my childhood. Kids don’t always get to experience “near-death” in quite the same way now and I think it’s a real shame. Every summer when I go back, I paddle or snorkle out to where the tub sits (just to the left of the frame below) and have a great laugh at the memory. Then I go in and have a cold shower and remember the real perils of bathtubs. 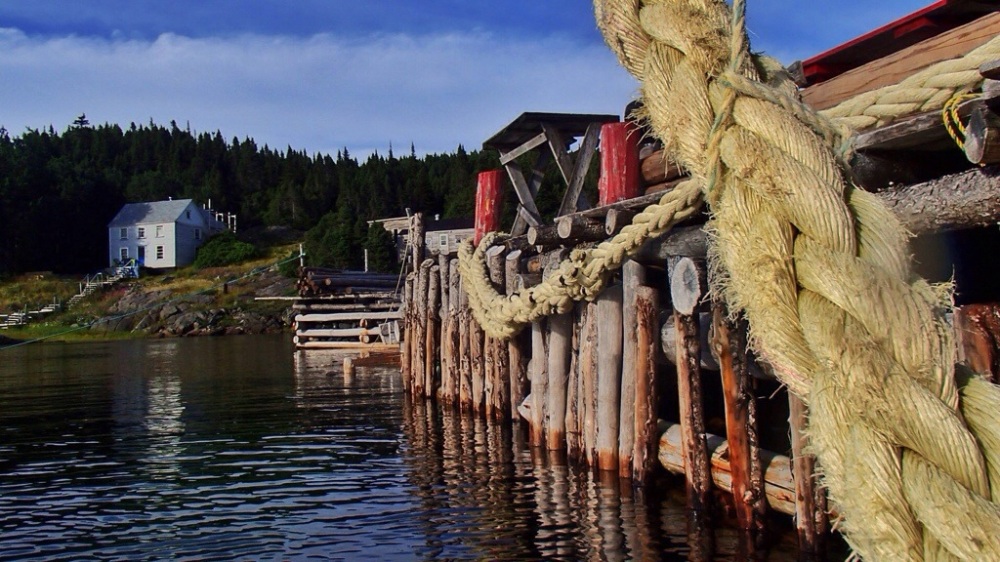