Since taking over this office (that sounds a little hostile, doesn’t it?) we’ve done a number of things to make the place more ours and more functional. One of my favourite projects, setting up the fishtank, serves both purposes. 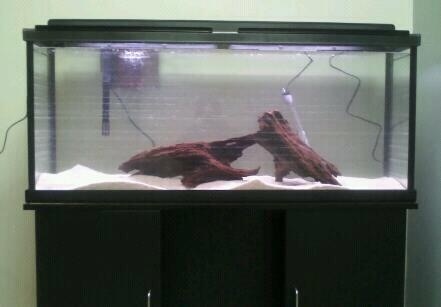 Firstly, it gives of us a built-in de-stressing zone. Law can be stressful even on relaxed days and having the ability to momentarily lose yourself in an aquatic ecosystem is a marvellous antidote. It seems to appeal to clients as well, but mostly it’s for the staff.

The tank is 55 gallons and about four feet long. While I would have loved to have done a saltwater setup, the energy and attention needed were beyond my scope and I wasn’t keen on shelling out the extra initial funds at that time, either. So we settled on a soft-water tank and my intention was to go with South American fish, for the most part. We ran the tank for a week or so, fishless, and then added five White Cloud Mountain minnows. After that, we added one or two fish every five days or so. 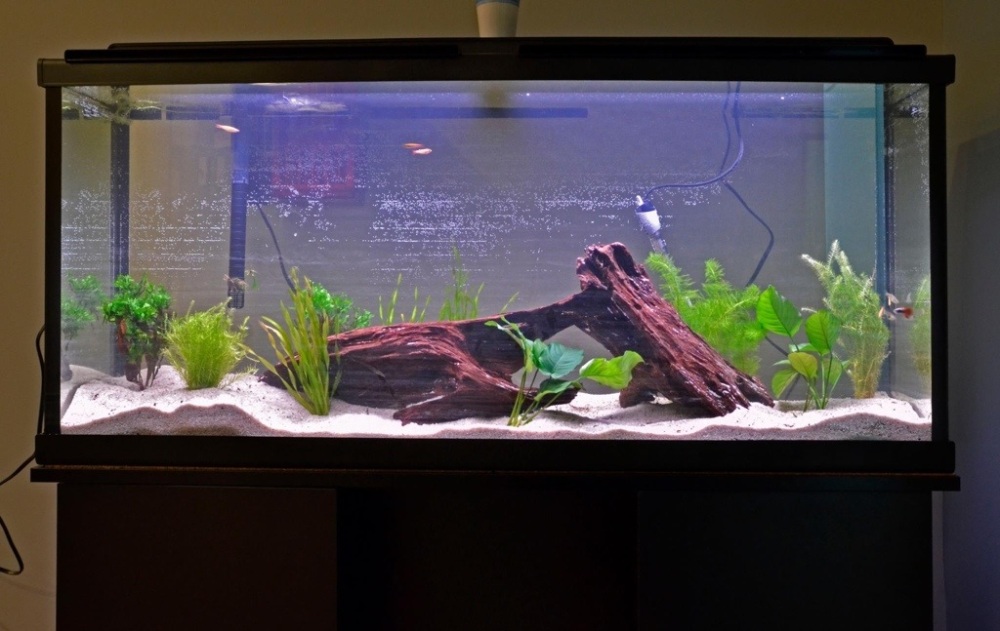 The large logs are real wood and they gradually leach tannic acid into the water, which helps keep our already naturally soft local tapwater at an even acidity. Plus they look nice and some of the fish really appreciate the caves and crannies in which to hide.

The tank still isn’t up to capacity, even allowing for fish to grow. Adding small numbers of fish to a planted tank with intervals in which the biological filtration could adapt seems to have done the trick and we’ve only lost one guppy (but she had just given birth, so other factors may have been at play).

We’ve had a couple of power outages and the large size of the tank has meant that the water conditions were relatively stable throughout. 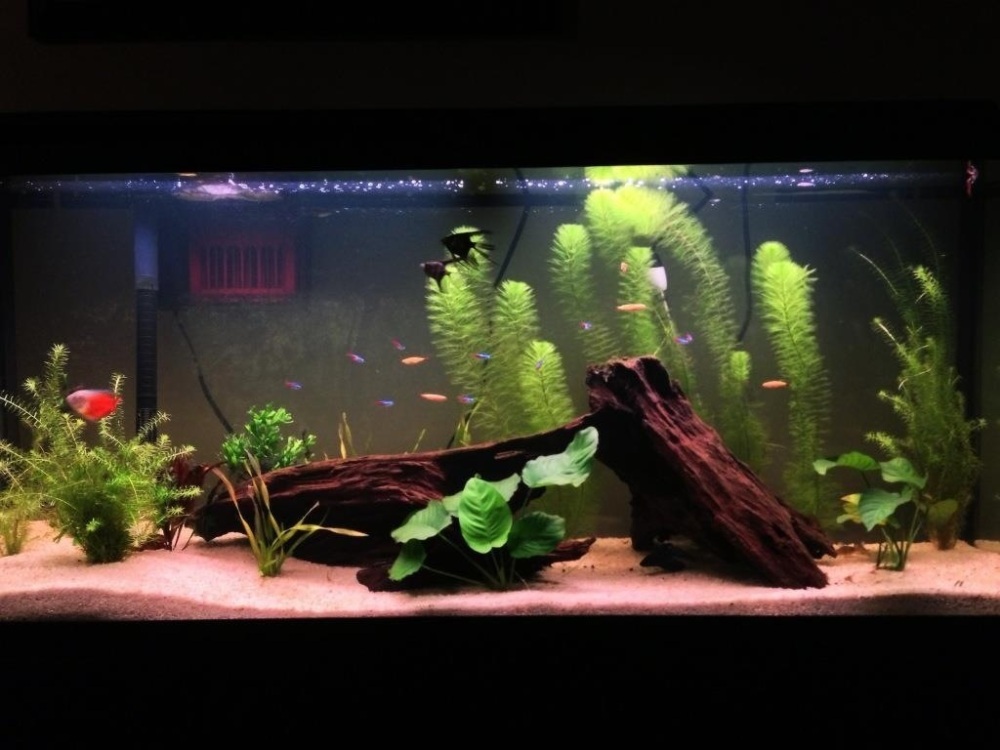 The practical consideration that this tank satisfies is the stabilization of the humidity levels in the office. With a combination of electrical radiators and forced air heat, the place gets plenty dry in winter and anyone with skin ailments suffers. The fish tank has added a constant source of humidity and the positive effects are noticeable.

But mostly, it’s pretty and makes us all happy.