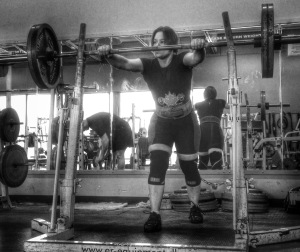 Since March 31 of this year, Life has been rather a whirlwind. John and I have made some momentous decisions, both together and individually that have altered both our long-term plans and our daily lives significantly and those take wearing for a while to discover precisely how they fit. John has decided that he wants the camaraderie and structure of working in a larger law firm, so the business around which our lives have revolved for a few years is closing as he moves the clientele into the new firm.

There were also unforeseen events and challenges, as there always are. One of our much-loved dogs died. A national competition into which I had poured heart and soul preparing for did not go as hoped or planned. A child took her first major adventure into the world without us. Family shifted and changed, friends who were once close have drifted off, new friends arrived from unexpected sources, still other relationships were negotiated and reassessed. Some were ended. Some have continued. Now that the dust is starting to settle, the sum total appears to be richer.

In essence, doors closed, but even more have opened and I think I can glimpse one or two down the road that are yet to present themselves, but hold tremendous potential.

On a personal level, my experiences at and since the CPU National Powerlifting Championships we some of the most gratifying and educational that I have experienced, heart-wrenching as they were and continue to be at times.

No one expects to be knocked out of a competition in the first round, but when something like that happens, it can teach you an awful lot about yourself and where your heart lies, probably in ways that you really would not have chosen to learn were you given such a choice.

I found friends where I didn’t know I had them and a community of people who have knowledge and resources, but more importantly, tremendous hearts and a willingness to help. My own passion for this sport has connected me with other people who feel similarly, and there’s a joy in being a part of a community of shared experience, triumphs, and suffering. I have realized how much I need this community and that building bridges is far more gratifying than working in isolation.

I relearned the value of a team, and what a difference that can make, even in a sport that is primarily individual.

I rediscovered that failure really isn’t the worst feeling in the world. Quitting truly feels far worse than failing. I tried it on for an hour or so late one Friday night over a bottle of wine and a bowl of self-pity. It didn’t fit. So I picked up, tried to find a new way through the self-doubt, frustration, and loneliness, and kept working.

I know now what it feels like to give everything I have while training day after day and still feel like it’s not enough.

And how to push that discouraging idea away and accept that an honest effort is enough and will pay off in the end. And to trust in a process again, even when I can’t see a light at the end of the tunnel clearly.

I’ve reminded myself of the important of all the little things, done well, over and over, like going to bed early enough to get good sleep, taking time away from stress to reflect and think and breathe, asking for and giving hugs, making good, healthy food a default (and planning it), and pursuing hobbies even when the laundry needs folding.

As in all relationships or endeavours, it pays to step back for a moment and question why you’re doing something or staying with someone. A true commitment is one that you keep making over and over, assessing and refining as needed. It’s not just a one-time deal. You don’t get married once. You get married every time you choose how to treat and work with the person next to you.

You don’t just make a commitment to a goal once. You reform that commitment every time you stand up, once more time, and give it everything you have without hesitation or fear, even if what you have might not be enough.

And sometimes things not going as planned lets you see with clarity what matters and what doesn’t. And who is important and who can be let to drift away.

So now I’ve refocused, made decisions about what matters and am getting ready for IPF Powerlifting Worlds in Finland in June, as well as cluing up the business over the next month and a half.

Then I have the privilege, and it really is a gift that not many receive, of reinventing myself once again, but this time, perhaps, in pursuit of my own dreams and goals and not as an accessory to someone else’s. And for the first time in weeks, no matter how uncertain the future may be, I’m happy with it and it sparkles.