Here on Exploits, we get wasps’ nests. Frequent and substantial wasps’ nests in inconvenient places. Family lore has evolved around these nests over the years in flamboyant style.

It started with Dad and the new outhouse. Sometime in the mid-eighties, after a long boatride across the bay to Exploits, we all trooped sprinted up from the dock to the outhouse. Dad and Uncle Peter had built a new one in the spring and there’s nothing quite like “going” in a new outhouse. It’s clean, doesn’t smell and there’s a lovely draft flowing to air you right out. As a child, staring into an empty stench-free pit held quite an allure, especially knowing the alternative.

So we dashed up over the hill en masse admiring the new (and as of yet, unpainted) structure and came to a screeching halt on the walkway. Hanging right over the doorway was a massive, humming nest of humongous wasps.

Wasps love new wood and it really shouldn’t have surprised anyone. The urgency of the situation was reaching a critical state, though, and Dad decided to DO something. He suited up in full raingear, gloves, rubber boots, an old curtain draped over his head and gathered around the neck and a large straw hat to top off the ensemble. He then grabbed an ice cream tub and jammed it up over the nest. Predictably, the wasps were not impressed. Pretty soon Dad was standing, arm upraised, with a bucketful of furious wasps. Fairly deftly, with a determination fuelled by desperation and hydraulics, he slid a board between wood and tub, lifted down the vibrating bucket and, realising the precarious nature of his dilemma, hollered, “What the hell do I do now??!”

“Run to the beach!” we all screamed back helpfully. So off he galloped, our paternal mummer, curtain streaming behind him, dancing down over the dozen staircases, wasps in hand.

“Put it in the ocean, upside down and stick a rock in it. Wait for the tide to come in!” Happily, it worked. Took us a week to work up the nerve to tip that bucket, which was less time than it took Mom to paint the outhouse.

Fast forward twenty years. My brother is in his first apartment. A wasp flies in through his window. His first thought; “What would Dad do?” Apparently what Dad would do involved a skidoo suit, gloves, boots and another curtain. I was laughing so hard when I heard that I forgot to ask what happened to the wasp.

When we arrived this year, we discovered that the woodpeckers had knocked a nice hole in the siding. The birds were no longer in evidence, but a cursory poke revealed other inhabitants. 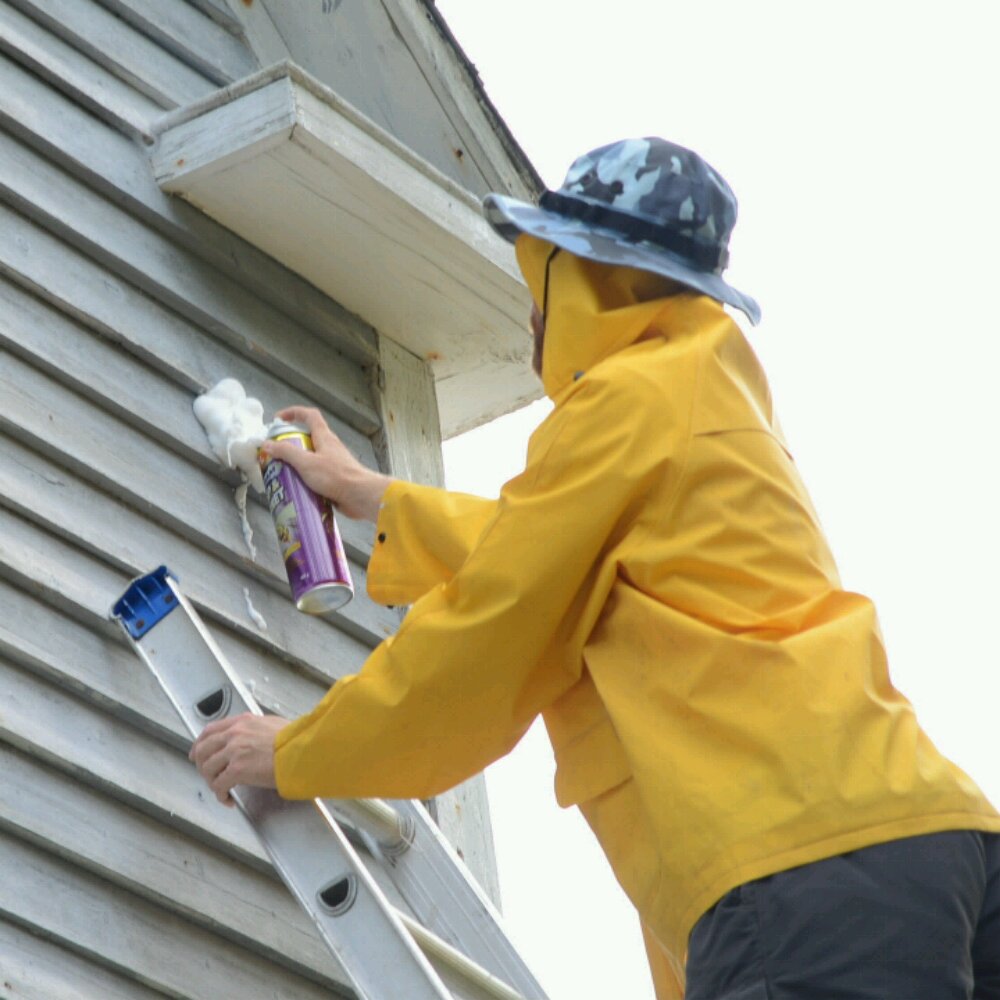 In the family tradition, John assumed the mantle and dealt with the wasps. Thankfully, we had plenty of wasp killer and he was able to do the job thoroughly. He dressed up for the occasion, though, in keeping with the spirit of the event.

Dad was so proud. 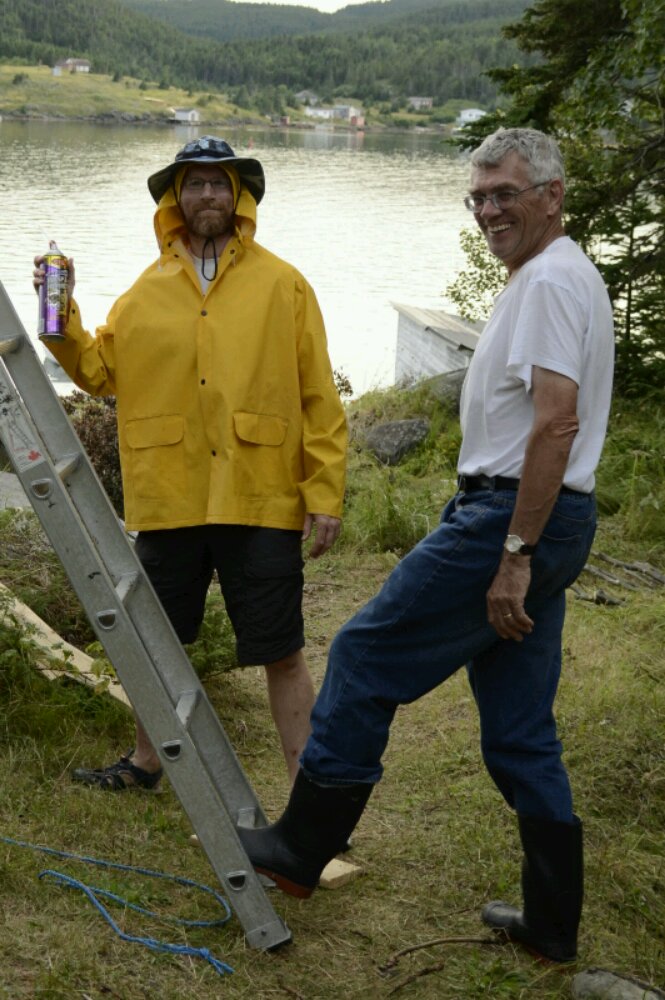