“Yeah, but I didn’t lift because I won the spot. I was there by default, because the person who won at Nationals didn’t want to go.”

An athlete and I were walking back to the hotel having a conversation about lifting and competing and the topic of winning (be it a place on a team or a competition) by default came up. It’s one with which I’m familiar and it can be a crappy, kick-you-right-in-the-self-esteem kind of feeling if you let it.

I went to Finland on Team Canada in 2015 because the person who won my age/weight class wasn’t interested or able to go. At the time, I felt like a second-class lifter and repeatedly questioned my worth as an athlete because I was there “by default”, but after I left I realized that my thinking was flawed. I was actually there because I was brave enough to try, despite having a horribly catastrophic nationals, and because I knew I *had* to be brave enough as there were things I needed to learn. Despite personal misgivings about my validity as a lifter, I went. As it turns out, I had a thoroughly marvellous time. I was able to discover competition skills that I didn’t even know I needed and become a better athlete. It was a truly life-changing adventure. Was I there because someone else didn’t want to go? I guess so. Does that matter? Not anymore.

Last year when I won worlds in Texas, I overheard (several) someone(s) (on various occasions) say that I had only won because the stronger competitors hadn’t shown up. That if Person XX or YY had been there I would not have placed as well.

And you know what? That might very well be true. I won’t deny it. But why does that make my winning any less significant? Nope. It’s a foolish statement, whose purpose is purely to cut someone’s self-esteem. It’s not a constructive criticism, but simply a mean thing to say.

It is almost always true in life that there is someone out there stronger, smarter, faster, or more experienced and skilled than you (whether you know about them or not). That’s pretty much indisputable. They’re out there. And that’s perfectly fine. (Remember that to someone else, you’re probably one of them!)

But winning isn’t simply about being better than everyone else. It’s about being the best on that day for that time.

And part of that is showing up ready for battle.

If you aren’t ready or don’t show up, the you are voluntarily out of the competition before you step into the ring. You aren’t eligible to be considered for comparisons. This happens to everyone at some point, but it does not reflect at all on those who DO compete. There is no value in, “could have won.” No medals come with that.

When we train or learn to improve, we give ourselves a set of abilities, some physical, some emotional, some mental and some a strange alchemy of those three aspects. Just having them isn’t enough to win. Just training doesn’t get you a world championship or medals.

It’s about your willingness to use those attributes. It’s about stepping into that arena, getting your hands dirty, and going after it. It’s about putting in the time and preparation over months and months through thick and thin so that when an opportunity comes along, you are in a position to seize it and make it into something monumental.

Winning isn’t just about being better. It’s about believing in your right to show it and jumping through doors when they open before you. Your fiercest competitor is always standing just inside your shadow anyway, so there’s no escaping the need to stay sharp and push hard.

It is not possible to win by default if you show up prepared for the battle and execute a well-made plan that is the culmination of months of hard work, regardless of who else is there. (As a corollary, it’s also not possible to truly lose if you do this, especially if you are able to defeat that competitor who shares your shadow.)

If you work and train and learn and transform and suddenly because of this work and effort and preparedness, a door opens before you into a situation where you happen to have the advantage or could succeed, that is not simply luck. You made that happen by polishing your gifts, putting in the hard work to position yourself to take advantage of an opportunity and having the audacity to go after it.

That is why we train. Because there are things to learn, places to go, and opportunities to seize and every rep we execute and struggle we work through puts us in a better position to take advantage of, deal with, and muscle through whatever life tosses in our paths, be they challenges or opportunities.

There is no winning by default. You earn what you get in this life and you deserve the good that comes of your hard work.

I didn’t have the right words to tell that fellow athlete this in Belarus, but I’m hoping she reads this now: You weren’t handed something unmerited. You earned it. 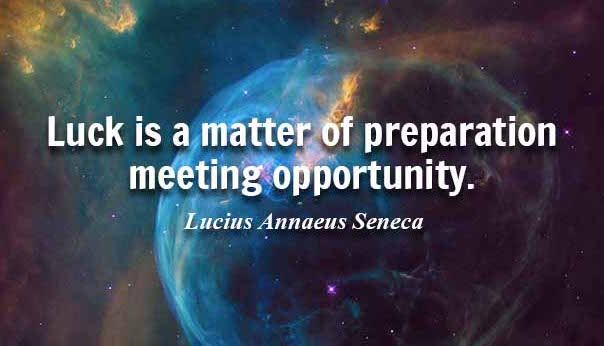