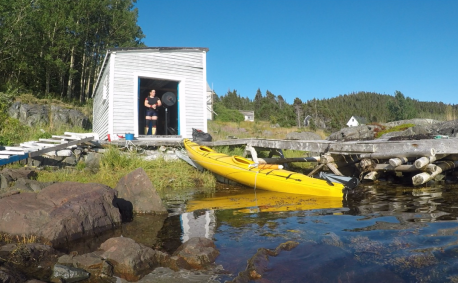 Too smart. Too forward. Too confident. Too strong. Too fat. Too muscular. Too clever. Too good at school. Too good at sports. Too good at too many things. Too knowledgeable. To loud or vocal. Too much. Too intimidating.

And I have also been “too” in my own mind, but in a very different way.

Too reluctant to tell someone when they are stomping across a boundary.

Too helpful at a detriment to myself.

Too willing to soften my edges so as to be acceptable.

Too unwilling to walk away from situations that no longer serve me because I was too willing to put my needs second.

Too willing to allow myself to be crushed down or subdued for the purposes of satisfying someone else’s overly fragile ego.

“Too” is a controlling word.

It’s a word that is used to judge or to imply that something should not be a certain way.  It’s “very” with a twist. It’s not a compliment, it’s a halter, a gag, and a pair of handcuffs all in one. It’s a word of shame used by those weaker to bring someone down to their level because it’s far, far easier to drag someone else down than to build yourself up.

I made some decisions a little over a year ago. I decided that no one else gets to use “too” about me. I decided to go ahead and be even more of the “toos” that are who I really am. I decided that I like myself as big, muscular, strong and smart. I enjoy being good at lots of different things. I like jumping into the unknown and learning new things. I enjoy organizing things and yeah, I have a tendency to exhibit leadership qualities. And while I like helping people, I also have a new appreciation for my responsibilities to my own growth.

I decided that I care far less than I thought about what other people think, that they think about me (or anyone other than themselves) far less than I realize, and that for every person who dislikes you, there’s bound to be another who takes you at face value and likes exactly who you are. So all you lose are the people who aren’t a good fit with you anyway and that feels surprisingly good.

(this is where I change lanes without signalling, so bear with me)

I have a daughter who is somehow magically now almost an adult. I watch her becoming the same sorts of toos; she’s smart, strong, resourceful, competent, clever, and resilient. And what I want for her more than anything else is for her to reach adulthood without softening her edges and without dulling her strengths. If anything, I want her to sharpen her blade and to harden her steel because the world is going to do its damndest to toss gnarly rocks and steel-plated armour under her sword in the hopes of dulling, denting and preventing it from having an impact. What I now know is that it isn’t just my job to teach her to eat her spinach or to make her bed or to say please and thank you; it’s my job to show her how to be exactly who you are and to use all of those gifts in a world that will happily crush them out of you.

And the only (but hardest) way of teaching that is simply to live it and for her to see that it’s possible but damned hard work. And to teach her not to flinch when the word “too” is used, but to calmly stare them right in the eye and say, “no, the issue isn’t that I’m “too” anything, it’s that you’re not enough. And that’s not my concern.”